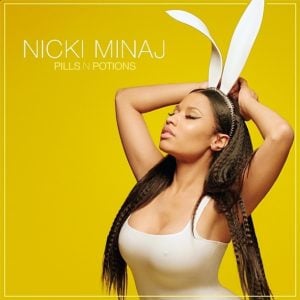 Nicki Minaj has shared some more details about her new single 'Pills N Potions' via the medium of Twitter.

Despite claiming she'd moved away from the pop stuff, the song was produced by Dr Luke and will indeed feature both rapping and singing.

Apparently there's an explicit and extended version of the song that the 'Sticks In My Bun' chanteuse prefers, while her favourite bit of the whole thing is the bridge because she made it up on the spot.

The song 'premieres' in America via our good friend Ryan Seacrest in a couple of hours.

Nicole Scherzinger's new single will be out on July 2