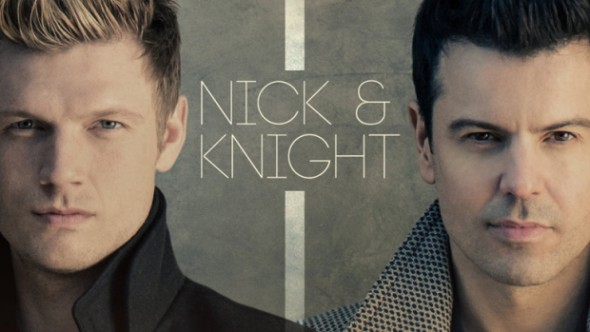 You might want to sit down for this: Backstreet Boys' Nick Carter and New Kids On The Block's Jordan Knight have 'joined forces' to create the new musical duo, Nick & Knight.

As reported by Billboard, the pair are not only releasing an album on September 2 but also going on a 39-city (!) tour of America together.

If you pre-order the album now from their official site — perhaps in a $100 'mega fan bundle' — you also get a free download of the song, 'Just The Two Of Us'.

Here's a bril­liantly ridicu­lous 'teaser' trailer thing for it all.

Whoever would have thought it could come to this.