Florence '+' The Machine have achieved their first ever Number One single in the UK with 'Spectrum (Say My Name)'.

According to Music Week, the placing is largely thanks to the Calvin Harris remix of the track (SHOCKING NEWS).

In album news, Newton Faulkner has beaten off Frank Ocean in the 'LPs' chart. Ocean's opus 'Channel ORANGE' was just 3,000 copies behind Faulkner's latest, having been rush-released by Def Jam on Tuesday.

Also new to the album charts this week is ex-American Idoler Adam Lambert's 'Trespassing' at Number 16 with accom­pa­ny­ing single 'Never Close Our Eyes' entering the singles chart at Number 17. 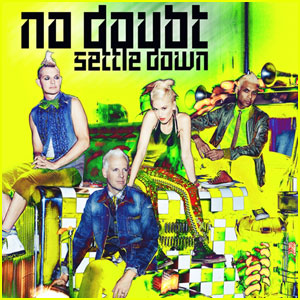 No Doubt — 'Settle Down'