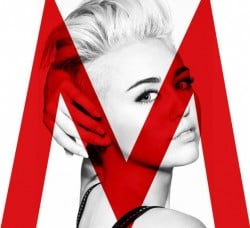 Miley Cyrus has claimed the video for 'We Can't Stop' was inspired by true events and that the taxidermy animals that appear are visual metaphors for her fans.

"[The video's] inspired by true events, it’s not just from one night," she explained to Jimmy Kimmel (as quoted here). "We have the Corona bottle piñata and all the hot dogs were in there — that was from my brother's birthday. And the taxidermy, that was from another party."

She went on to say that the taxidermy is a rep­res­ent­a­tion of her fans and something to do with how they sometimes feel judged.

To be honest it doesn't make that much sense so brace yourself.

"[The taxidermy's] supposed to be to the kids because it’s like, you’re feeling judged and here’s this little scrawny deer that — to me — seems so sweet and he seems like he probably would be judged," she mused.

"And this is him looking at himself in the reflec­tion, and he’s got himself all swagged up trying to be something that he’s not. But he’s just gotta remember that he can’t be judged, so that’s talking to the fans." 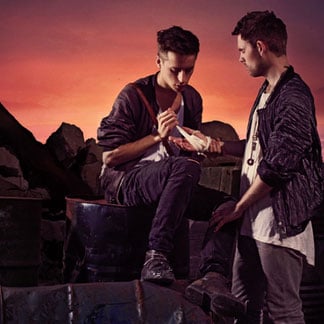 The Wanted have apparently recorded thirty songs for their new album