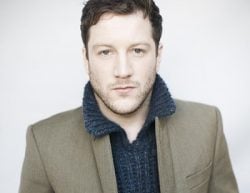 Matt Cardle has been talking again.

Speaking to The Metro, Credibility Cardle has 'set the record straight' on a number of issues. When asked about some his recent remarks — his 9/11 con­spir­acy theories and that he com­prom­ised himself by per­form­ing Katy Perry's 'Firework' on the X Factor — he replied that they that were both "taken out of context".

He also confirmed that he felt that The X Factor wasn't a soap opera but a "great talent contest". How modest.

When ques­tioned about whether he'll end up like suc­cess­ful past winners Steve Brookstein or Leon Jackson, Cardle responded that "all I can do is keep my head down, keep writing, keep recording, keep singing and do the best I can''.