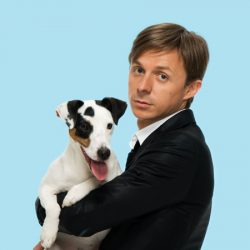 Martin Solveig — one of the producers working on Madonna's forth­com­ing album — has been dis­cuss­ing it in vague terms.

Speaking to the The Boston Herald, Solveig didn't reveal  many details about how the album is devel­op­ing, but expressed his happiness at being per­son­ally involved. "I would have con­sidered this as impossible…the col­lab­or­a­tion has been an enormous joy and an enormous surprise".

When asked about the demo version of 'Give Me All Your Love' that leaked two weeks ago, Solveig naturally expressed his dis­ap­point­ment. "Everyone is very upset about what happened," he said.

JUST GET ON WITH IT.

Mohombi's stylist has a name that rhymes with itself