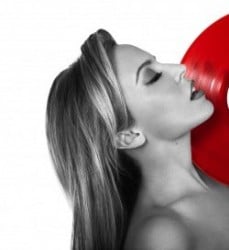 Kylie Minogue's sort of confirmed she'll be singing a duet with Jason Donovan at the re-scheduled PWL concert thing in December.

"I really felt for people when it was cancelled; it was so touching, the level of excite­ment," she explained to the Daily Star Playlist at an afternoon tea thing we would have gone to yesterday if we hadn't been waiting around for some twat to call for a phone interview that never happened. "I was like: 'Oh, someone’s gone and got a bubble perm and are all ready to go'."

"They’ve revamped the show and I’ve said: 'If I’m available, I’ll be there,'" she continued. "If it doesn’t happen now, it’ll be something to look forward to."

But surely you've got room in the schedule, Kylie?

"My schedule to the end of the year is making me cross-eyed – I’m all over the place."