Kylie Minogue will sing some songs for Radio 2 on May 15.

It's part of the In Concert series and will be recorded at Maida Vale Studios in London and broadcast on the radio (obviously), the Red Button and the world wide web.

The whole thing will be presented by your friend and ours Jo Whiley, and despite it being recorded in the afternoon it will all be 'aired' at the more respect­able 8pm that same day.

Here's what Kylie had to say about it (as quoted here): "I'm really looking forward to playing this intimate gig for BBC Radio 2 — they have always been big sup­port­ers of my music so it's great to be able to perform a show espe­cially for them and their listeners!"

Great, obviously, but what about Jeff Smith, Head of Music BBC Radio 2 and 6 Music? What's he thinking?

"Radio 2 In Concert is delighted to host Kylie as she returns to our studios. She's back with a per­form­ance espe­cially for our listeners and we're looking forward to a great In Concert mix of her classic hits and tracks from her new album — both in vision and on the radio." 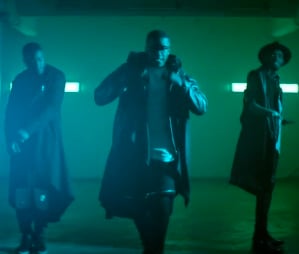 Settle down everyone, Rita Ora's new album is named after a love goddess