Having a chat with someone from The Sun about how she wasn't able to perform at this year's Gallagher-curated Teenage Cancer Trust show because of the Girls Aloud tour, Walsho replied:

"Yeah, he called me up out of the blue. It’s great that he’s involved and is arranging it. It was exciting to speak to him. I was like, 'Really?' He said I was his favourite (Girls Aloud member) and Sarah wasn’t very happy about that."

She also chatted quite a bit about her love of musicals, but also let slip that she was first approached to do a proper pop album but thought better of it.

"My label had always made it clear that they would love to do a pop album but I didn’t feel it was the right thing for me," the popstar explained.

"I went back to my roots and did Shrek and the idea came from there. It was something I’d dreamt about doing. I can indulge myself with this."

'Centre Stage' is of course out now. 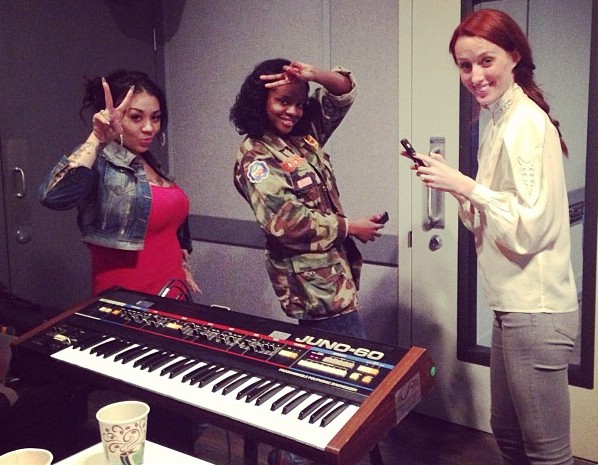 Mutya Keisha Siobhan are working on some songs with Dev Hynes