Katy Perry has made a video per­form­ing with Keenan Cahill, whose cover of 'Teenage Dream' has received more than 40m views since August 2010.

The video by the 16-year old from Illinois 'went viral' last September after Katy tweeted "I heart you".

Last Friday (night) Keenan attended her tour in Philadelphia on Katy's invit­a­tion, and the pair filmed a video singing together to 'Teenage Dream'.

A large purple cat, one of the char­ac­ters from Katy's current 'California Dreams' tour, provides back-up. 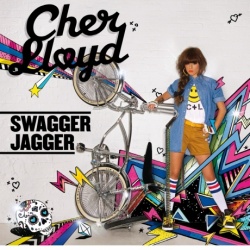 Cher Lloyd was bullied as a child

Studio Killers — 'Ode To The Bouncer'