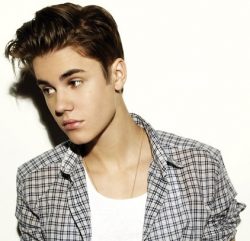 Justin Bieber thinks people will be “really happy” with his album but warned not to expect eleven or twelve 'Boyfriend's.

When asked by MTV about the Justin Bieberlake lead single sound versus the overall album he commented: “I think it’s part of it … My whole album is different and every song’s different on the album.”

"I think that what's special about it is nothing sounds the same,” emphas­ised the fondue advocate.

‘Believe’ is expected later on in the year.

Poppy And The Jezebels — Sign In, Dream On, Drop Out