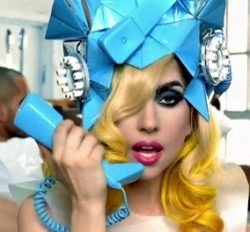 Men In Black 3 director Barry Sonnenfield has confirmed that Lady Gaga and Justin Bieber will both feature in the movie.

Gaga had been rumoured to have a cameo appear­ance but Sonnenfield explained the popstars will merely feature on a list of aliens under sur­veil­lance on Earth.

"The hard part is really figuring out the com­bin­a­tion of who won't be 'who's that person' in 10 years," the director explained to Collider. "I am surprised Lady Gaga said yes."

Michael Jackson played Agent M in MIB 2, while Destroyer Of Children's Dreams Nicole Scherzinger will star as Lilly in the latest film out on May 25.

The Saturdays are getting their own American TV show

Britney Spears is "in talks" about a Vegas residency