Jessie Ware is releasing her second album next year.

"Yes," she said in response to someone off Twitter (as spotted by Nick Bassett) asking if she'd have an album out in 2014. 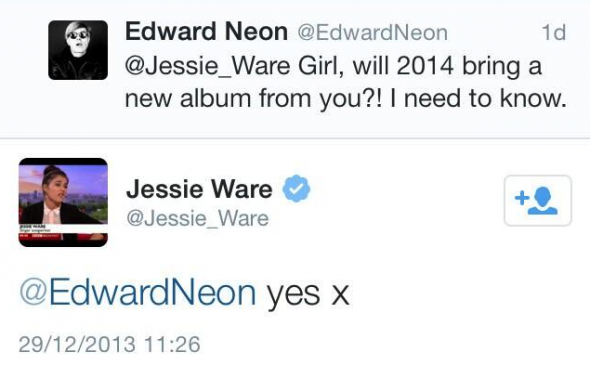 In theory this means the album could be out in two days although let's face it we might have to wait a little longer than that.

Mind you, in this post-Beyoncégeddon pop climate who knows?

Carly Rae Jepsen's joining the cast of Cinderella on Broadway