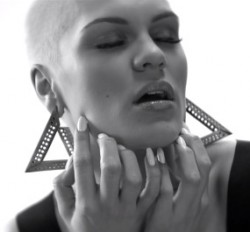 Jessie J'staken the bold step of working with Calvin Harris on her forth­com­ing second album.

Speaking to Capital FM about it all, the 'Silver Lining (Crazy ‘Bout You)' hitmaker confirmed she'd been working with Dr Luke again and then added:

"There's one song on the album that I didn't write, that Ester Dean wrote, that's with Calvin Harris – there's a little exclusive, no one knows that – and then everything else I wrote with Claude Kelly or I wrote myself."

That could be good.

She also confirmed that as well as Dizzee Rascal being on her new single, she also pops up on his new album, which might not be coin­cid­ence.

"And so Dizzee was obviously in talks and he's got new stuff coming out – I'm actually on Dizzee's record as well – so that's exciting," she explained. "It's nice to always work with people that mutually there's a respect for and we're both on each other's record."