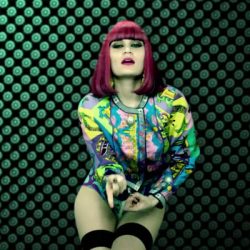 Jessie J's second album will be something "the world wants to hear".

While still in its formative stages, the bodystock­ing botherer has started some record­ings in London and plans to do more next week while she's in LA for the Grammys.

Speaking about writing a post-fame follow up, she said: "It’s so different from the first time. Then I was like ‘I’m doing an album and no-one knows about it. Now everyone keeps asking what it’s about."

Keeping her freshly-healed feet firmly on the ground, she added: “It’s weird as the whole world is watching me going: ‘When is it coming?’."

Plan B would quite like to set up his own charity

A Newsdump for 8 February 2012: From Nicki's confusing releases to LMFAO falling to pieces