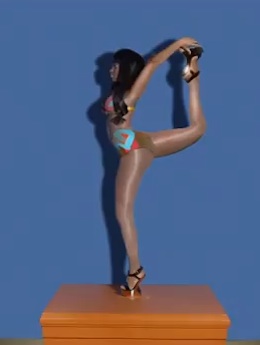 In an increas­ingly complex second album campaign, Nicki Minaj will be per­form­ing a new song at the Grammys — it's called 'Roman Holiday' as in "we're all going on a, no more absurd English accents for a week or two" — before releasing a different single called 'Starships' the following day. (MTV)

Meanwhile, 'How Come You Don’t Call Me' hitmaker Alicia Keys has been added to the lineup of Sunday’s show, as part of an Etta James tribute. (That Grape Juice)

In tax bill news, Plan B is hoping to start a charity to help younger people. It will act as an "umbrella" for smaller organ­isa­tions. (Contactmusic)

Not content with taking over the Western Hemisphere and no doubt inspired by the innov­at­ive endorse­ment deal recently signed by Olly 'Skips Skips Skips' Murs, The Wanted are back in the UK promoting crisps with soccer expert Gary Lineker. (The Sun)

HE’S BACK: Lady Gaga’s male alter-ego Jo Calderone is shown stripping down to his pants while watching  models dance in the Haus Of Ü’s latest fashion mas­ter­piece. (YouTube) In other news, Lady Gaga has unveiled the poster for the Born This Way Ball. (Twitter)

A 'rep­res­ent­at­ive' for Authentic Chanteuse Lana Del Rey has denied that her spring tour of the US has been cancelled, as there were never plans for one to begin with. (Billboard)

Justin Bieber has been nominated for two Juno awards, while Avril Lavigne and Lights will be competing for Best Pop Album Of The Year. (Ace Showbiz)

'Nasty' Nigel Lythgoe has been defending American Idol’s declining audience, stating "God! The rest of the world would love these ratings". (Daily Mail)

And finally, it doesn’t look like LMFAO were exactly on top party rocking form at a concert last night, with Sky Blu absent due to three herniated discs, and Redfoo sounding "as if he’d been licking shards of glass before those tequila shots". (Calgary Herald) Still if one of you hobbles on stage and somehow gets through the hits you still get paid and there are no lawsuits, right? Right! Wooo! PARTY ON!!!!! 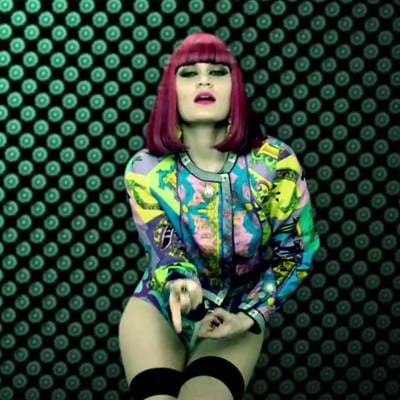