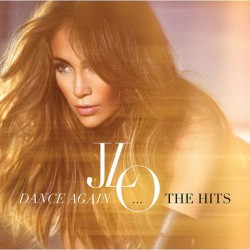 Jennifer Lopez is to 'star' in a 3D concert film 'extra­vag­anza' of her ongoing 'Dance Again' world tour, which reaches European 'shores' this September.

In an interview with Extra TV, Jenny from the Block's manager Benny Medina 'revealed' the entirely unique and not at all familiar concept of the movie: "The film will chronicle the last few years in Jennifer’s life as she faced big changes. Her instinct is to get right back up, go on the road and 'dance again'."

A sentiment that has now been used for a song, a Greatest Hits col­lec­tion, a tour and finally a 3D film. But an excellent sentiment nonetheless.

Rita Ora is at Number One; Spice Girls in Top 20 albums

To clarify, Perrie from Little Mix only likes dog biscuits, not dog food