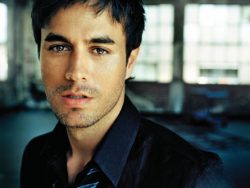 Jennifer Lopez and Enrique Iglesias have announced that they will sing a duet together when they go on a joint tour this summer.

Iglesias told Billboard: "We're planning it def­in­itely", before adding that it's just a matter of choosing which songs to perform.

In a rather circular statement Iglesias said: "Her show is so different to my show; that's what I think is going to be the cool com­bin­a­tion. That's what I think fans are gonna appre­ci­ate. I think it's unex­pec­ted, and I've already seen what her show consists of, and I think fans are really going to appre­ci­ate that. And def­in­itely, if we can combine that at one point, both of us together, it's gonna be fun for the fans."

Jennifer is releasing a com­pil­a­tion album in July, and Enrique co-wrote its title track 'Dance Again'. Enrique cryptic­ally added that the duo also have a new song which they're "trying to figure out how to incor­por­ate into the show".

"We still have to figure it out", he asserted. "Or maybe at one point Jennifer and I do the dancing, which would be cool…"