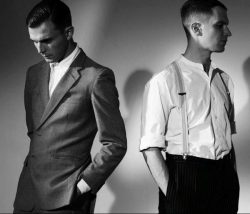 Hurts have announced some more tour dates for next year, adding to the two they announced a week or so ago.

The more eagle-eyed among you will have noticed the full list below. According to the press release, the two February shows have now sold out, apols.

Tickets go on pre-sale on Thursday and general sale the day after, which is literally Friday.