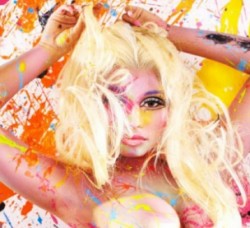 OH THANK FUCK FOR THAT: Nicki Minaj has confirmed that the 'Starships' video will premiere tonight.

The 'Fuck Da Bullshit' chanteuse put her recently rein­stated Twitter account to good use, revealing that the clip will debut on MTV at 7:56pm EST (around 1am UK time —  cheers for that).

Minaj also announced plans to shoot a video for 'Right By My Side', her duet with Changed Man Chris Brown, later this week.

We're not as bothered about that one to be honest.

Maroon 5's 'Payphone' has set a US chart record