Del Rey's per­form­ance of 'Video Games' was met with general bemuse­ment and embar­rass­ment by a number of US blogs. Huffington Post called it "pitchy and strangely guttural", which is hardly glowing mind you they'll say anything and everything in their quest to fill up the internet with 'content' won't they.

Talking to BBC Newsbeat, Radcliffe said it was "unfor­tu­nate that people seemed to turn on her so quickly" and that "people are making it about things other than the performance".

"If you read what people are saying about her online, it's all about her past and her family and stuff that's nobody else's business," he continued.

You can watch the per­form­ance here if you like. 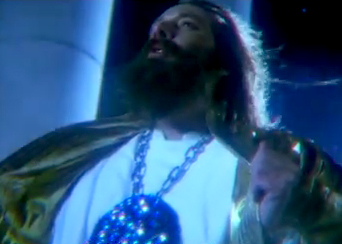 There is a new Sébastien Tellier song