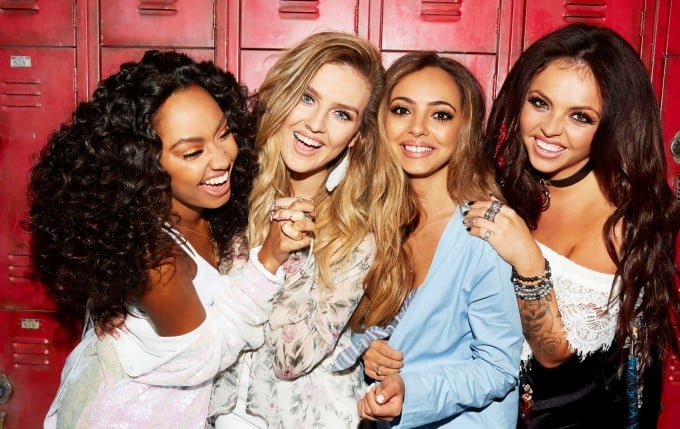 The proposal took place where all proposals should take place, ie on stage at the Manchester Arena after a sound­check and in front of Ed Sheeran. "To be honest, it was all a bit of a blur," Jesy explained to Key 103 (as quoted here). "I thought we'd finished sound check and then lo and behold, old Ed walks on."

"I had my back turned to him and the girls were like, 'Jess, Jess' and then I turned around and he sang mine and Jake's song, 'Tenerife Sea'. And as soon as he sang that, I just balled."

You can see a picture of it happening below:

Jesy went on to liken the moment to another important milestone in her life.

"We've spoken about [marriage] but I never thought that it was going to happen, not today! It sounds so strange but it felt like the feeling of when we won The X Factor."

On the plus side, at least she didn't have to perform 'Cannonball'.

Carly Rae Jepsen — 'Run Away With Me'

Simon Cowell's happy for One Direction to go on a break