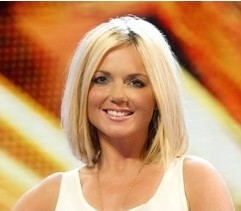 Get the 60ft inflat­able legs ready: Geri Halliwell is sup­posedly the only person in talks to become Kelly Rowland's permanent replace­ment on The X Factor.

The Sun's 'show insiders' claim that Geri's guest appear­ance at the start of tomorrow's auditions in Liverpool are a "trial run" and she's been told "it's your job to lose". Meanwhile, over at The Mirror, some more 'close sources' have called it a "dress rehearsal" and said "the job is hers".

Depending on your tabloid of choice, Geri will be paid somewhere between £400,000 and £1.1m to step in either at the bootcamp stages or at judges' houses as the show's fourth mentor unless she gets really badly booed again.

"We will be watching her like a hawk at Liverpool and fingers crossed it will go well and she’ll be signed. We’re not talking to anyone else," a 'senior show source' told The Sun. "Geri is not just a guest judge — she is our judge-in-waiting."

Meanwhile, Alexandra Burke and Sinitta wait patiently by the phone.

The Wanted would collaborate with One Direction for charity

Tulisa has survived a 5.6 magnitude Bulgarian earthquake that injured 30 and crushed a house