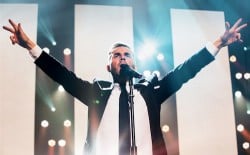 The WHSmith of pop, Mr Gary Barlow, reckons the tougher con­di­tions for this year's X Factor are a reflec­tion of the music industry in general.

"It does feel tougher this year," he mused to BBC Newsbeat. "I feel like it's going almost in line with the music business because it's tougher than ever out there. We see one, two acts breaking per year now."

This year's show now involves a ten minute 'flash vote' at the end of Saturday's live show, but for 'Gaz' it's irrel­ev­ant because his acts should be really good all the time.

"The groups that benefit are the ones that go out there and do great per­form­ances and that's through­out the series," he explained. "Whether they're doing votes on a Saturday or a Sunday, it doesn't matter."

He's also keen for Miss Dynamix, Kingsland Road and Rough Copy to be them­selves (by copying other people), but maybe not if that means wanting to dress like Miley Cyrus.

"Whenever I've done X Factor I've tried to encourage anyone who's in my category to try and find their own music, to tear out bits of magazines to show us how you want to look," he said.

"The idea of me telling anybody here what to do, I don't like that actually. So if the girls want to go out there dressed like Miley Cyrus then I'm not going to say no. I'm not going to encourage [it], but we'll see."

Taylor Swift has been 'honoured' for her songwriting again 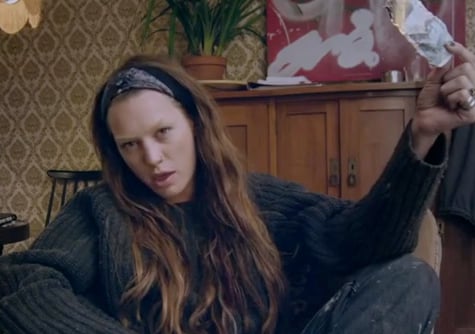 Elliphant — 'Could It Be'