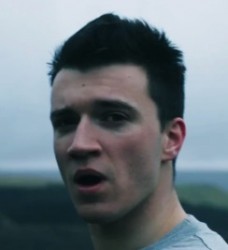 Frankmusik has been telling Billboard about his forth­com­ing album ('Between'), and has been reflect­ing on the cir­cum­stances which led to him 'parting ways' with his old record label.

Musing on his time with Island, Frank opined: "With the clearest of hindsight I can now see that I was young, stupid and blinded by the semblance of money and ephemeral qualities that are thrust upon such a person as a 'pop' singer." He went on to add that "sadly, I had no control over my actual business".

'Frank' also notes that since returning to London after an attempt to 'break the US market' he's decided he's not that bothered if people buy his music to be honest.

"The carrot was never sales," he asserts. "Instead, it was cre­ativ­ity and ori­gin­al­ity that pushed me forward. I will only sell digitally at this point due to my need to embrace the future rather than be scared of it or fight against it."