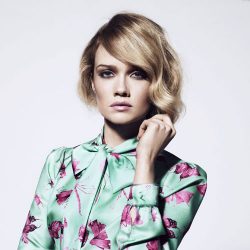 Florrie has tweeted that she is in the process of recording a Christmas song.

A follower tweeted the former Girls Aloud-drummer-turned-EP-releasing-DIY-pop­star/wearer-of-nice-clothes: "I know it's early, but I def­in­itely think u should do a Christmas track this year! What do u think?" to which Florrie replied, "I'm working on one with @xolondon! It's gonna be EPIC (and christmassy)".

Florrie also revealed in a rather long blog post that she will release the single 'Call 911' in October and that a new EP is on its way.