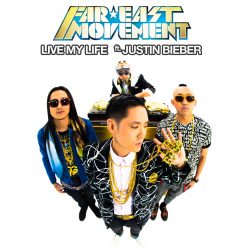 The RedOne-produced euro­banger borrows a little from Jennifer Lopez's seminal 'On Da Floor' in sound while the general theme seems to be having a nice time at a dis­cotheque.

FEM rap "girl move it like pilates, put your head where you knee at" while Justin sings the chorus.

The duet reportedly came about after Snoop Dogg intro­duced everyone at the Billboard Awards. The track will appear on Far East Movement's 'Dirty Bass' album which is due out in May, while the single and de rigueur LMFAO remix are on iTunes from February 28.

Here's a link to the track.

Mohombi would quite like to sing a song with Prince Harry