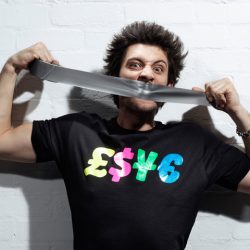 Example has signed a major label record deal in the US.

He will attempt to ‘break the US’ under the guidance of Mercury/Universal who have pre­vi­ously signed other British artists including Duffy and Mr Hudson.

In a statement he said: “It was important to me to sign with someone who under­stands not only my ambitions but also the way I work. I want to do it on my own terms, I enjoy a good challenge and can’t wait to get started."

Mercury are hoping Example can cap­it­al­ise on America’s recent discovery of ‘EDM’, saying: “Everyone here is very excited to be working with Example, a world class song­writer and performer who is now a leading force in the live arena. [Example] is at the forefront of the new wave of exciting elec­tronic music exploding here in the US."

Drake has written a song for Brandy's new album