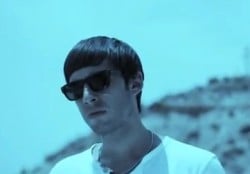 Example has been talking about how he expects to be ignored in the short­l­ists at the Brits next year.

Speaking to the Daily Star — as one does — Example said: "The Brits is very much a major label party and I’m on Ministry, which is an inde­pend­ent. Regardless of how many records I’ve sold or how much success I’ve had, they wouldn’t acknow­ledge me."

It's alright though, don't worry.

"I don’t really mind because if you look at the Brits over the last four, five years, there’s plenty of people who have won awards and then disappeared.”

He also had some mildly inter­est­ing things to say about his new album, which was released last week. “It’s rock, elec­tronic and all guitars. I’ve always tried to make different-sounding albums and suppose it’s my voice that gives them a unique sound.”