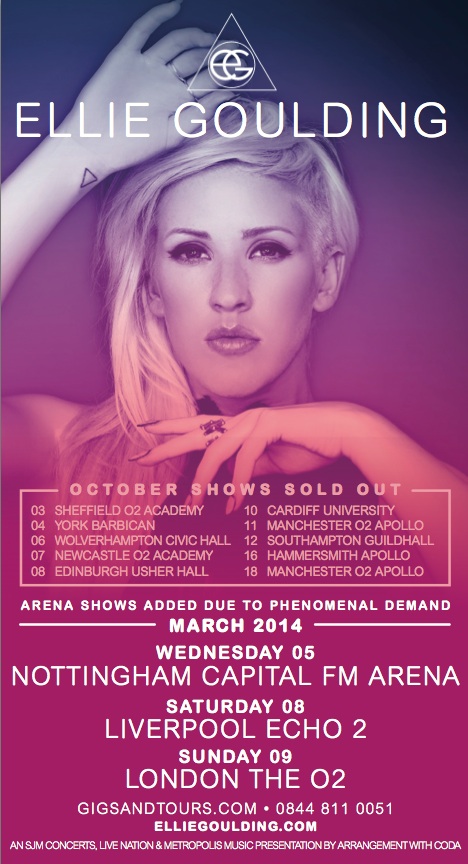 The rumours are true: Ellie Goulding's going on an arena tour of certain parts of the UK.

The 'Guns and Horses' hitmaker announced the tour on Twitter with the following words: "Thankyou again to everyone who is buying Halcyon Days. And for UK fans here is something I can't quite believe…"

This was followed by the picture above which shows some dates in March 2014, including The 02 in London on March 9.