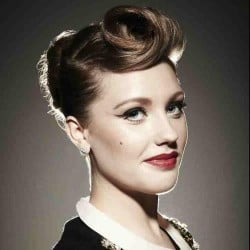 Having a chat to BBC Newsbeat the 'Believe' inter­preter high­lighted the fact you can walk on stage with a guitar as a sign of how much the show has developed.

"A lot of it has changed as well. You can go on there with an instru­ment," she said. "You can play and there's just a lot more artistry to the show and that's great."

Another sign of the show's devel­op­ment is of course Intense Troubadour James Arthur.

"We've got somebody like James Arthur, who won and he's an incred­ible talent," she mused. "Everybody was so different this year and so diverse and I think it just shows the show is a credible show at the end of the day and that people have come off it who really do take music seriously."