DJ Fresh has been talking to Music Week about some of the people he's worked with, is working with and might be working with.

One person who might be on his forth­com­ing album is Hollywood Trainer — Sexy Abs star Kelly Rowland.

"I'm actually finishing that track soon," he said of their col­lab­or­a­tion. "There might be another [featured artist] on the same track as well and that's what I'm trying to work out at the moment, it's 90% confirmed."

Another person in his sights is Jay‑Z, after he sort of helped get him a US record deal: "I wouldn't rule it out but I've never actually met him. At the moment it's not a foregone conclusion."

"We're actually just about to sign a deal with Sony Columbia for the US and that kind of came through Roc Nation, they'll be involved in that deal. In that sense I guess Jay‑Z has been a supporter of the project and has pushed for it to get signed. So, you never know."

One definite, com­pletely finished col­lab­or­a­tion is with Dizzee Rascal on 'The Power', which isn't the only time we'll hear the two together: "I'm working with him on another track for his project at the moment as well. I'm a massive fan of his. He's so talented; everything that he sends me is dynamite." 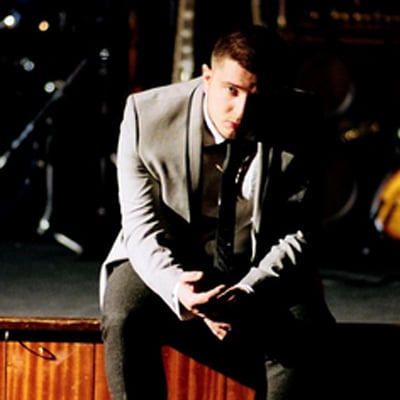 Plan B's got a new song off his film coming out

Cheryl's told the world some lyrics she 'wrote' about sunshine