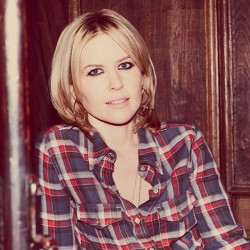 This didn't stop the 'Us 2 Little Gods' hitmaker talking about it though (quoted here), noting: "Music has been my thing since I was a little kid. My brain just doesn't work as well with other things."

This is sort of inter­est­ing so go on.

''I can't write if I think people are actually going to hear it. It would be like writing a diary, closing it and knowing that, imme­di­ately, someone is going to pick it up and read what you have written. You have to lose that. That's why, at the end of every record, I sort of disappear for a bit and shake that off.''

will.i.am has dismissed the various leaked tracklistings for his album as "hocus-pocus bogus"