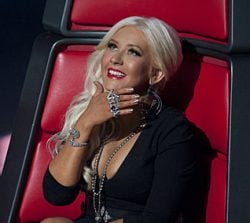 Christina Aguilera will be chatting about music stuff at the 2012 Billboard and Hollywood Reporter Film & TV Music Conference Presented By First Entertainment Credit Union (!), it's been announced.

The event will take place at the W Hotel in Hollywood on October 24 and 25 and will feature the 'Genio Atrapado' chanteuse talking about "her musical journey, her upcoming album, and of course the role tele­vi­sion has played and continues to play in her life and career."

Other people doing some talking are LA Reid and — this one will be a relief for any One Direction fans — film composer Gustavo Santaolalla.

R Kelly's not given up on all the sexjamz just yet

Gabriella Cilmi's updated us all on her album's progress