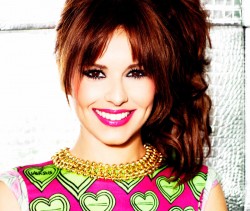 Released in October 2009, the album sold twenty copies (!) last week to inch past the one million mark, which is quite exciting we suppose.

It would be good if she released another album, wouldn't it? Or maybe just another big single.

Empire Of The Sun have plonked a new song online

Dizzee Rascal has 'unveiled' some information about this new album, 'The Fifth'