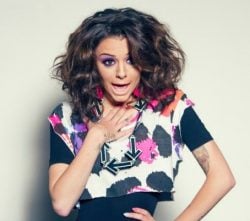 Cher Lloyd's new album currently doesn't haven any col­lab­or­a­tions on it and she'd quite like it to stay that way.

(We imagine her label might chuck someone else from their roster on there at some point but let's just go with Cher's version of events for the time being.)

"I’ve been so focused on doing com­pletely me and what I want," she told Billboard. "I wouldn’t say I’ve been aggress­ive, but very forward to the fact that this is me doing this now."

"The past three years have had some dif­fi­culties for me on actually being able to do exactly what I want to do. I’m very stubborn. If I don’t get to do what I want to do I can get upset and angry," she confirmed.

For those expecting an album purely featuring Cher singing songs, you might be surprised: "This album is com­pletely me and doing stuff I never thought I'd be able to do."