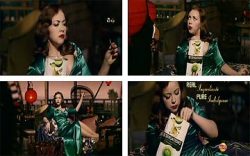 'Can't Help Lovin' Dat Man' chanteuse Charlotte Church hopes that her new songs will be "creative and original and awesome".

Talking to the Daily Express about the album she said: "I don’t really want to tell anybody what they’re going to get – I just want people to judge for them­selves."

"We have been working on it for quite a while and it means the world to me," she continued.

Recording sessions for the as yet untitled album have been taking place in her garage with a six-piece band (that's a big garage) and in a local studio in Cardiff.

But don't expect to see her scaling the heights she reached with her last album 'Back To Scratch', as that sort of success doesn't interest her anymore: "I wouldn’t go back unless it was on my own terms. I’m not com­prom­ising any more, I’m just not. I’m very content. I like living in Wales and having my little home life and I’m satisfied with that."

To 'usher in' this new 'era', Charlotte will be going on tour in June and you can read more about that here. 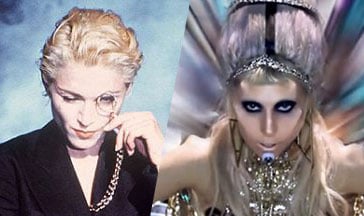 None of this 'Express Yourself' / 'Born This Way' stuff needed to happen.

A follow up to 'Watch The Throne' "is coming"