Here's Madonna rehears­ing some of her new live show. She's singing'Express Yourself' going into 'Born This Way' going into 'She's Not Me'.

It's certainly true that Lady Gaga isn't Madonna — her last single didn't peak at Number 73, for a start — and we're still a bit surprised that Madonna ever decided to get her hands dirty with this whole 'debate', because we expected that she'd sort of rise above it, not even address the tittle-tattle and glide on through like a super­nat­ural pop entity. Still, in the light of Reductivegate, you can't argue that this clip isn't a pretty good pop moment.

It makes Lady Gaga look a bit silly, but do you know what? This is Lady Gaga's own fault. It didn't have to end up like this. Lady Gaga could have diffused all this over a year ago.

All she needed to do, when asked about the sim­il­ar­it­ies between 'Born This Way' and 'Express Yourself', was say this:

"Well yes, it's obviously an homage! I love Madonna."

That would have done the trick.

That would instantly have been a big FUCK YOU to people running around the internet LOLing them­selves to the point of seizure over the fact that one song sounded like another. Would the clip at the top of this post have even half the power if, somewhere in the last 15 months, Lady Gaga had uttered those nine words?

If she wanted to get a bit of a dig in  she could have added:

I grew up listening to Madonna's 80s hits, but that all happened 25 years ago and I wanted to update 'Express Yourself' for my gen­er­a­tion, and for my fans. With my lyrics I wanted to really express myself and say the things in a song that Madonna still hasn't said in her music.

SOMETHING LIKE THAT. We're sure she could have come up with something better but along those lines. (Actually all that probably would have prompted a load of internet fury from upset Madonna fans, so it might have been best to keep it to the original nine-word statement.)

As it is, she insisted that the songs were com­pletely different, and continues to look a bit silly. She looks a bit deluded, really.

It's dis­ap­point­ing because the 'Express Yourself' nonsense — over a year on — is still over­shad­ow­ing everything that was pretty amazing about the song (saving the gays, loads of stuff that didn't sound anything like 'Express Yourself' etc etc) and the album as a whole, which continues to shine as a beacon of amaz­ing­ness in the shit-filled swamp of LMFAOverloaded Top 40 LOLpop. 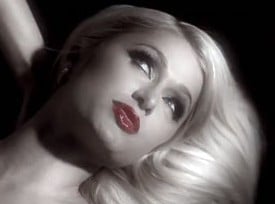 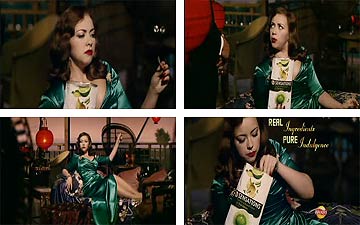 Charlotte Church wants her new songs to be "awesome"