Speaking to 4Music, the quite-popular producer of song claimed that he "sought out Florence from Florence and the Machine and everyone else has come to [him]. Even Rihanna".

What it is to be Calvin Harris, ladies and gentlemen.

The 'Merrymaking At My Place' hitmaker also had a few words about his new album, saying it's to be released at the end of October and has "everything [we've] heard since the start of 2011" on it.

Calvin also revealed that there is a new song with Ellie Goulding on the record so we've all got a few months to look forward to hearing that. 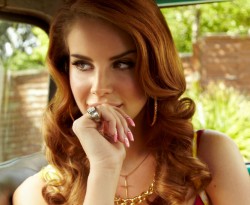 Ellie Goulding has released the artwork for her new single