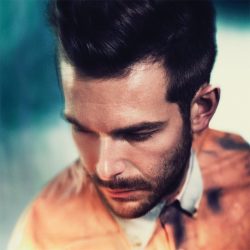 Bright Light Bright Light is releasing another single from his 'Make Me Believe In Hope' album.

The 'Disco Moment' hitmaker will release the five-track 'Moves EP' on June 3 and while it does include two remixes and a song from the album ('Moves', obviously), it also features two pre­vi­ously unre­leased songs so that's something.

The new Demi Lovato album is now 'streaming' on her website