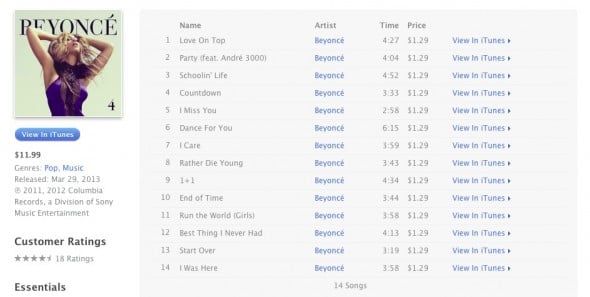 As you can see from the image above, Beyoncé's re-issued her last album '4' with a reshuffled track­list­ing and no new songs.

We're assuming this is in time for her new tour, which starts in about two weeks, but it probably would have been better if she'd had a new single out around the Super Bowl and then the album out just before the tour started and that way it wouldn't seem like she was flogging a horse that's been dead for a couple of years now.

Anyway, what do we know. 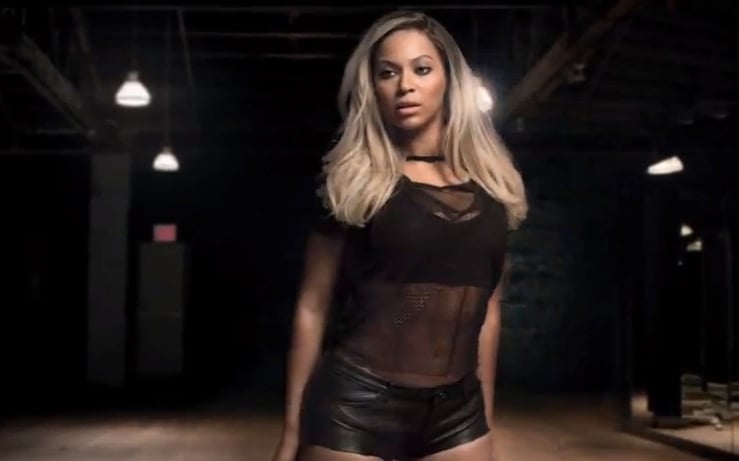