Beyoncé or some underpaid intern in the Columbia online depart­ment has announced details of a remix com­pet­i­tion on her official website.

It's called somewhat pro­sa­ic­ally The 'End of Time' Remix Competition and she basically wants people to send in reworked versions of her new single with the 'Grand Prize Winner' getting $4,000 and "the oppor­tun­ity for his or her remix to appear on an upcoming Beyoncé release".

Because this is 2012, the remixes have to pass some kind of social media test and will need to be shared and then voted for to be in with the chance of winning.

Wouldn't it be easier just to get the Freemasons to do one? 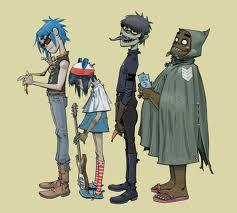 Gorillaz are releasing a new single with Converse

A Newsdump for 9 February 2012: From Kelly Clarkson staying strong to Marina's new song