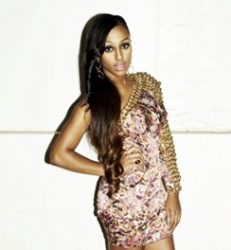 Alexandra Burke, Stooshe, Geri Halliwell and Blue have all signed up to help out with Children in Need's POP Goes the Musical 2012, which sounds terrible.

Basically, each current chart slayer will perform as part of a West End musical; so Geri will be in Singin' In The Rain, Blue will be in Jersey Boys and Burko will 'give her all' in Les Mis. Stooshe (and, er, Macy Gray) will appear in the Michael Jackson tribute show, Thriller: Live.

Alexandra had this to say about it all to a press release (as quoted here): "I’m so excited to be part of BBC Children in Need this year. It’s an amazing cause and helps so many people. I was abso­lutely blown away by Les Misérables when I saw the show and to join the cast of one of the West End’s most famous musical is a real honour."

Geri, meanwhile, noted that she has "a thing for rain" so is very excited  about it all.