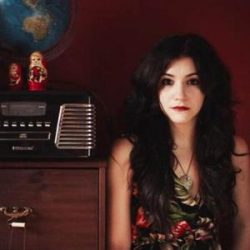 Alex Winston has announced details of a new country and western EP that will be "very different to anything I've done before".

"It’s the story of a character named Double Dai and his adven­tures, inspired by Wild West movies," she continued.

No release date for what sounds like an amazing side-project has been confirmed yet.

Niall One Direction has confessed his phobia