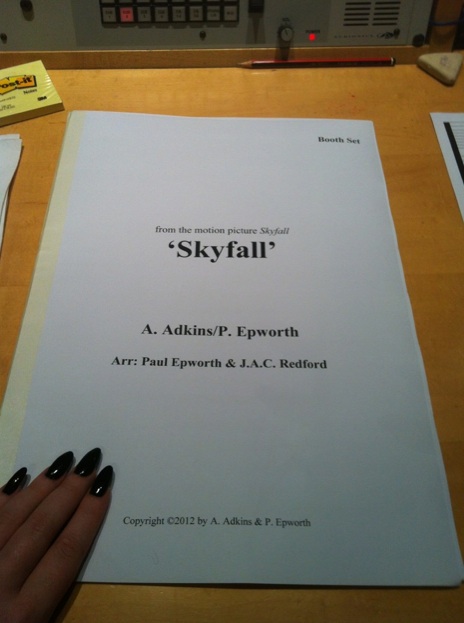 Adele's confirmed what we all already knew: that she's done the theme song for the new Bond film.

That picture above was tweeted by the 'Cold Shoulder' chanteuse earlier and makes it look like the song will be called 'Skyfall' rather than 'Let The Sky Fall' as pre­vi­ously rumoured.

The picture also confirms that Paul Epworth is involved and that she has lovely nails.

It's not been confirmed when we'll actually hear the song, mind you.

UPDATE: According to this tweet, it will be premiered this Friday morning at 00:07 (do you see?!)

Jessie Ware wants to do an album of jazz standards

Sky Ferreira – 'Everything Is Embarrassing'