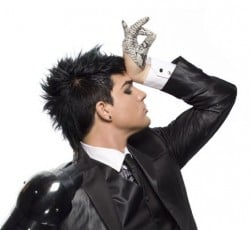 Adam Lambert has 'parted ways' with his record label, 19 Recordings.

But fear not, lovers of music! According to the Hollywood Reporter the 'Sure Fire Winners' hitmaker is still on the RCA Records roster, it's just that he will no long be working with 19 after signing with them in 2009.

An Adam Lambert 'rep' said the two groups split "amicably and with the utmost respect for each other" and that it would only aid the singer's "evolution".

So there you go, nothing to worry about.