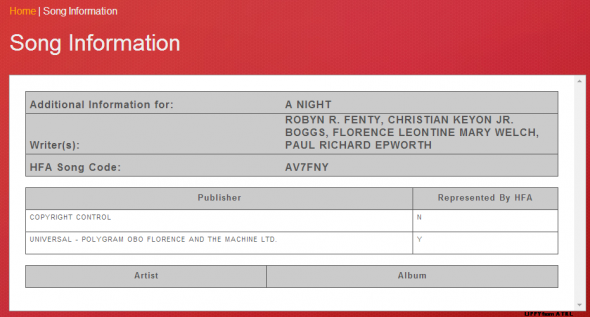 A new Rihanna song called 'A Night' has been registered and it would appear to involve Florence 'Florence' Welch in some capacity.

As you can see from the screen­grab above (taken from the PJ forum), the song lists Florence and Paul Epworth as writers but, given its title, there's spec­u­la­tion the song just features a sample from Florence's 'Only If For A Night', rather than a full-blown 'feat'. 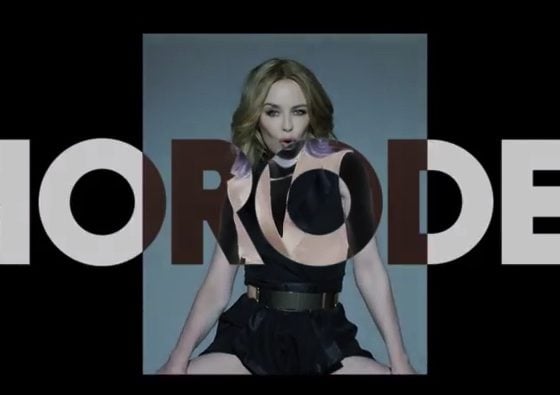 Giorgio and Kylie have chucked some of their video online 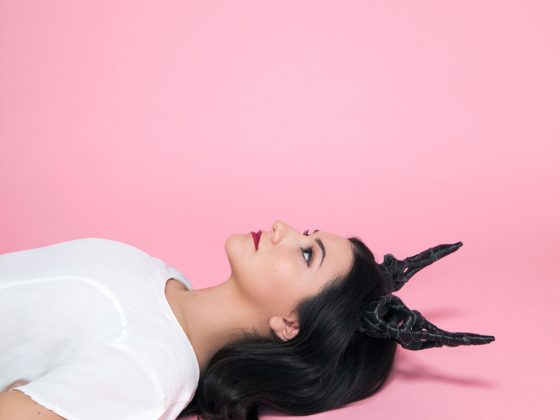 Alex Winston — 'We Got Nothing'