Apparently there wasn't much thought behind it.

"It was really how we did it in our early days," Sean Foreman told Billboard. "We just did everything and had the freedom to get exper­i­mental, a little weird, if we wanted."

"I remember asking Nat [Motte, the other one] before we made the album, 'Should we go in with a concept and shape it around the concept?' And Nat told me, 'No, man, let's just write songs and take it song by song and not orient them in any way.'"

And how did this lack of concept manifest itself? "So we just kept writing and didn't think too much about the type of music we were creating," Foreman explained.

The album, which is due out later this year, was mainly self-produced, but Greg Kurstin also helped out a bit so you never know. 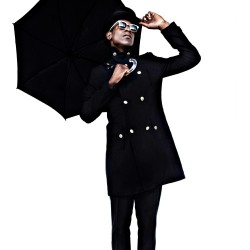