Popjustice went along to the Red Nose Day launch thing yesterday. It was good because we got to go on a BOAT and there were some popstars there. 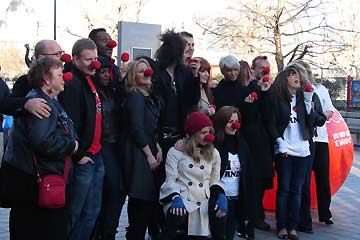 Here is a pho­to­graph of various people looking at something over our right shoulder. Note how Jo Brand has just wandered into the pho­to­graph on her way down the shops. The faces are quite small in this picture but Sugababes and those of Girls Aloud who weren't elsewhere and/or spending time with a celebrity gardener are def­in­itely there. So is Russell Brand. 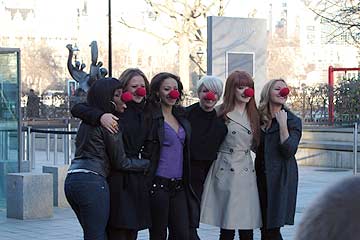 That's better. Definitely some familiar faces here. They are smiling because it is all about Comic Relief which is supposed to be funny. 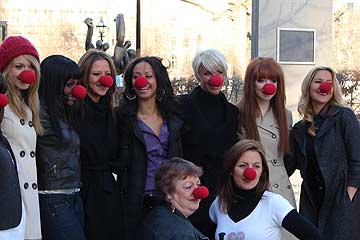 Another picture of some people. They are still looking at something over our right shoulder. By this point in the morning we were becoming quite paranoid that something inter­est­ing was happening behind us. 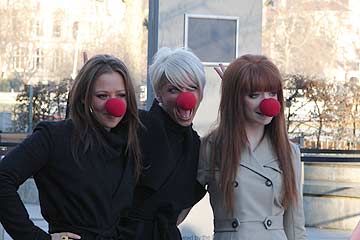 So we turned around, right, and you'll never guess what was there. 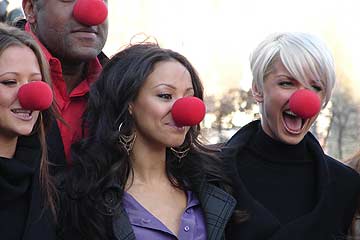 Well, we'll tell you. There were loads of pho­to­graph­ers! Loads of them. No wonder the lineup of popstars and clapped-out old comedians were staring. Ironically, the fact that the lineup of people were all looking at the same thing became something that was worth taking pho­to­graphs of — so all the pho­to­graph­ers got their cameras out and took pictures.

It was all very confusing.

A little bit of the new Justin video