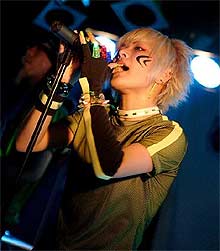 Something called 'It Came From Japan' have organised a UK tour featuring three amazing Japanese elec­tro­pop acts. They did one last year but we didn't know about that one.

Apparently It Came From Japan "was founded in 2006 by music journ­al­ist Daniel Robson as a way to bring shit-hot bands from Japan to the UK. Daniel lives in Tokyo, where he writes for pub­lic­a­tions in five countries, DJs monthly for NME, and eats raw horse."

It's hard to argue with that.

We are def­in­itely going and you should too. Here is a flyer reduced in size so as to make some of the text com­pletely illegible. 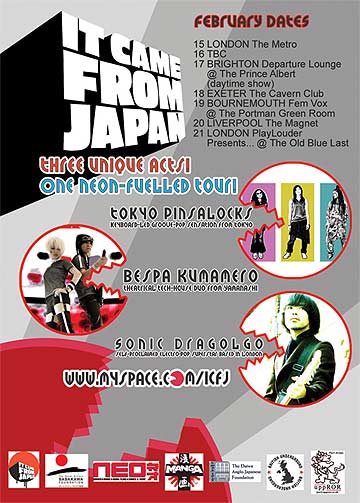 Maybe one day we will do a Popjustice Live event featuring some of our own favourite popstars.